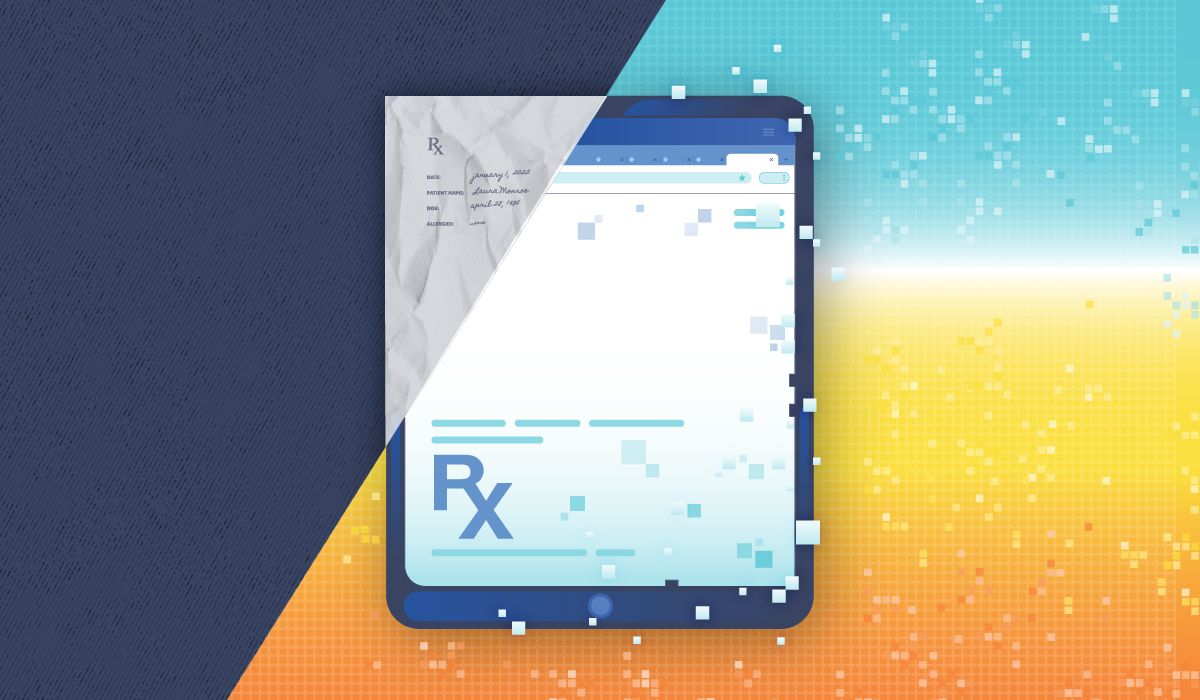 Before DEA published an interim final rule in 2010, which gave practitioners the option to write prescriptions for controlled substances (CS) electronically, e-prescribing for CS was prohibited in many states. Now, 11 years later, the regulatory and technological landscape has shifted significantly. As part of the larger effort to curb the opioid crisis, many states are now (or will soon be) mandating e-prescriptions for certain CS. This shift in the general perception of e-prescribing – from vulnerability to asset – means that even jurisdictions that are not currently requiring e-prescribing for certain types of CS may be considering such legislation soon.

The Positives of E-Prescribing

Handwritten prescriptions are becoming more prone to abuse partly because forgers have more sophisticated technology to get around watermarks and other security measures. Meanwhile, security protocols and procedures for e-prescribing have improved and are often integrated directly into providers’ electronic health record systems.

Another benefit is a reduction in medication errors. For example, handwriting can more easily be misinterpreted by a pharmacist as compared to type. Also, studies have shown (like this one) that a prescriber is more likely to make a mistake when handwriting a prescription in the first place. E-prescribing software can prevent some of these mistakes and remove several of the manual steps involved in filling a prescription.

At least 27 states and jurisdictions require e-prescribing in some form, according to the NABP 2022 Survey of Pharmacy Law.

These laws vary significantly in their approach to enforcement methods, waivers, and exemptions, and which medications require e-prescribing. They appear to fall under three major categories:

For example, in Florida, House Bill 831 requires prescribers to generate and transmit CS prescriptions electronically, except under certain conditions. According to the 2022 Survey, some states have more specific requirements, such as Maine and Virginia, which apply e-prescribing mandates only to medications that contain opioids. Others limit the requirement to apply only to certain schedules of CS. For example, Arizona’s laws require Schedule II CS to be electronically prescribed, while Colorado’s law includes Schedule II-IV CS.

We’ve been closely watching e-prescribing laws and regulations for some time. Recent action related to the practice has been the subject of two Annual Meeting resolutions from 2018 and 2019.

Resolution 114-3-18 acknowledges evidence that mandating e-prescribing provides multiple advantages and resolves that NABP collaborate with appropriate stakeholders, including DEA, CMS, and e-prescribing experts, to examine the feasibility of mandating that all prescriptions be transmitted electronically.

Resolution 115-1-19 resolves that NABP should engage stakeholders to encourage prescribers and pharmacists to use e-prescribing transactions to avoid duplicative or inappropriate prescribing and medication therapy. E-prescribing is just one of many tools that health care providers and regulators are utilizing in their efforts to curb prescription drug misuse and abuse.

We continue to monitor changes in e-prescribing regulations and their effect on pharmacy practice and regulation.

This article was adapted from the January 2022 edition of Innovations.