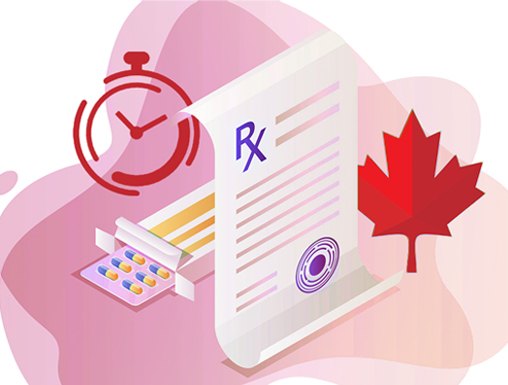 Following an expeditious review by the White House Office of Management and Budget, Food and Drug Administration (FDA) formally published its final rule regarding Importation of Prescription Drugs in the Federal Register on Thursday, October 1, 2020. The publication of the final rule starts the 60-day formal notice-and-comment period before the rule becomes effective on Monday, November 30. The contents of the final rule remain consistent with our previous reporting and reflect the Trump Administration’s efforts to create a federal program to approve state importation drug plans dating back to the announcement of the Safe Importation Action Plan in July 2019 and the notice of public rulemaking in December.

While the rule will not go into effect until the end of November, the Administration may have the ability to begin reviewing state-based proposals before the closure of the public comment period. To date, six states have passed laws to begin the process of requesting federal approval of importation plans under the rule: Colorado, Florida, Maine, New Hampshire, New Mexico, and Vermont. At least three of these states – Colorado, Florida, and Maine – have already drafted and published applications for the United States Department of Health and Human Services’ (HHS’) consideration, even before the final rule was released.

Heading into the 2020 presidential election, addressing high prescription drug prices remains a core talking point on the campaign trail and is something President Donald J. Trump seeks to leverage in his reelection bid, especially in battleground states like Florida. Republican-controlled Florida’s prioritization of this issue in recent years has undoubtedly helped create the political climate and pressure for President Trump to force this policy. As such, it is very likely that Florida’s plan, which was first drafted over a year ago, will be the first to be approved by FDA.

Meanwhile, earlier this month, the Wyoming Department of Health recommended against pursuing a drug importation program due to “the complexities of payment systems across both private insurance and Medicare” and advanced negotiations in other states that would not permit Wyoming to “exploit this kind of arbitrage for very long.” Simply put, the state of Wyoming realized cost savings associated with importation programs is unlikely and unsustainable.

In response to the final rule, US stakeholders continue to elevate product quality and safety concerns, including implications of foreign-sourced drugs on the closely monitored and closed domestic supply chain and the minimal impact this policy would ultimately have on the prices Americans pay for their prescription drugs. In fact, the final rule goes so far as to acknowledge the Administration’s inability to ensure the policy would reduce costs, which was one of the two requirements of state importation plans (SIPs) laid out in the rule:

“We are unable to estimate the cost savings from this final rule because we lack information about the likely size and scope of SIPs [Section 804 Importation Programs], the specific eligible prescription drugs that may be imported, the degree to which these imported drugs will be less expensive than non-imported drugs available in the United States, and which eligible prescription drugs are produced by U.S.-based drug manufacturers.” 85 FR 62095-62096

From the perspective of Canadian patients and health care providers, there remains concern that the diversion of the limited quota and supply of prescription drugs, particularly insulin and epinephrine, could exacerbate shortages and significantly impact domestic health and safety. Stakeholders such as the Alliance for Safe Online Pharmacies Canada and its members continue to urge swift and decisive action to counter such threats.

Additionally, the Administration is seeking to advance two new policies related to drug importation through HHS requests for proposals (RFP) that could open up importation to foreign nations beyond Canada. On September 24, the Administration released RFPs for the personal importation of prescription drugs under Section 804(j)(2) of the Federal Food, Drug, and Cosmetic Act and for the reimportation of insulin products under Section 801(d)(2). Part of President Trump’s America-First Healthcare Plan, these actions represent the potential for new policies allowing the importation of prescription drugs, outside of those covered by the SIPs in the Importation of Prescription Drugs’ final rule, from foreign countries other than Canada.

NABP’s Position Statement on New Federal Importation Rules underscores the threats posed by a “patchwork approach” to addressing drug prices and how these pending policies compromise “the tightly regulated supply chain and safeguards currently in place to ensure the efficacy and safety of prescription medications.” This statement highlights the risk the Administration’s programs could pose in promoting unsafe online pharmacies and the further proliferation of illegal online drug sales. With potentially drastic changes on the horizon, resources like NABP’s .Pharmacy Verified Websites Program remain critically important in providing consumers and health care providers with safe and legitimate sources of prescription drugs online.