Access Is Crucial for Patients With Opioid Use Disorder: Expanding Pharmacists’ Role in MAT

Despite various efforts to tackle the opioid epidemic, it rages on and continues to claim lives. Medication-assisted treatment (MAT) with buprenorphine has proven to be life-saving; however, many patients encounter difficulty and are stigmatized when attempting to find treatment. Pharmacists are the most accessible health care practitioners who can help lead the charge and provide MAT to patients through various means. Attendees will learn from pharmacy regulators and other experts how pharmacists on the front lines can provide MAT through collaborative practice and emergency use authorization to help patients suffering from opioid use disorder (OUD) and address the opioid epidemic.

Log in to your NABP e-Profile and select the Continuing Education Activities tile to purchase this activity.

This home study webinar is a recording of the live activity that was held on May 13, 2021.

The webinar is eligible for Accreditation Council for Pharmacy Education (ACPE)-accredited continuing pharmacy education (CPE) credit. More details regarding the presentations, CPE activity credits, and browser requirements can be found in the CPE Activity Information Guide. 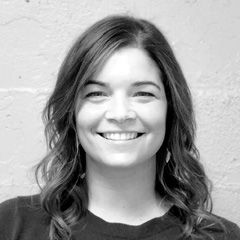 Michelle Geier, PharmD, BCPP, APh, is a psychiatric clinical pharmacist supervisor for the San Francisco Department of Public Health Behavioral Health Services. She also serves as the residency program director for the Zuckerberg San Francisco General Hospital PGY2 in psychiatric pharmacy. In addition to her administrative roles, she works as a psychiatric clinical pharmacist at the South of Market Mental Health Clinic, which serves a largely homeless and dual-diagnosis population. Her professional interests include co-occurring mental health and substance use disorders, take-home naloxone, harm reduction, and medication management in homeless populations. One of her favorite parts of her job is working on projects that improve the public health of San Francisco by increasing patient safety and reducing barriers to care. Dr Geier received her doctor of pharmacy degree from the University of Washington School of Pharmacy. She later completed a pharmacy practice PGY1 at the VA Puget Sound and a psychiatric pharmacy PGY2 at University of California San Francisco/San Francisco Department of Public Health. 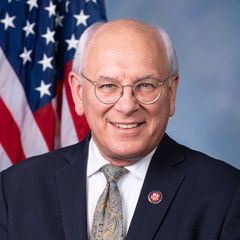 Congressman Paul Tonko represents New York’s 20th Congressional District, including the communities of Albany, Schenectady, Troy, Saratoga Springs and Amsterdam. He is serving his sixth term, after first being sworn into Congress in 2009. Congressman Tonko serves on the Energy and Commerce Committee, the oldest standing committee in the House, created in December of 1795. He was elected by his peers in the 116th Congress to chair the Subcommittee on Environment and Climate Change. He was also selected to continue his service on the Science, Space and Technology Committee, as well as on the Natural Resources Committee. He has previously served on the Education and Labor Committee and the Budget Committee.

View all of our home study webinars